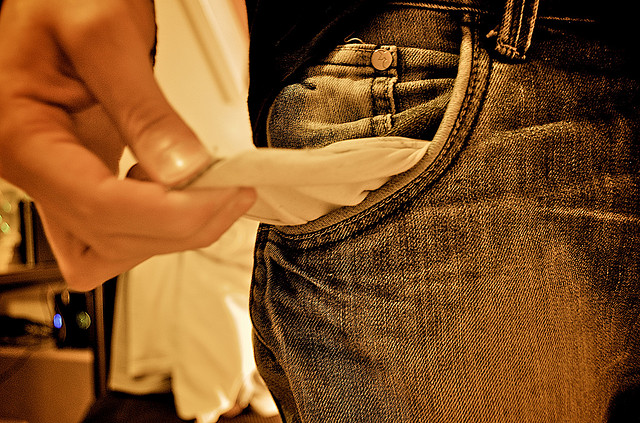 NPR recently reported that Pell Grants awarded to students haven’t kept pace with rising tuition. On average, students would have to work 35 hours a week, every week for a year, at minimum wage to make up the difference to afford tuition, room, and board. That doesn’t include extras (a few nights out or the cost of traveling home).

It’s no secret that a college degree is expensive. But there are things you can do to keep the costs down. Read more about Cutting College Costs 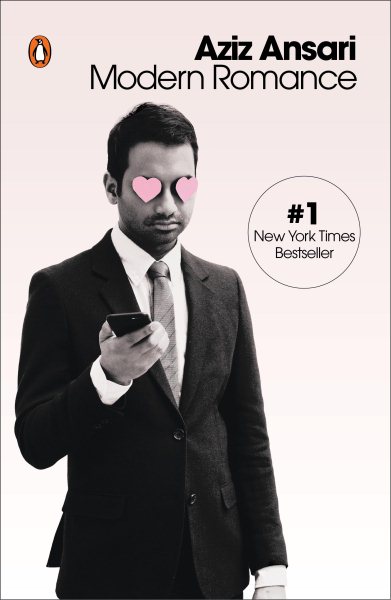 How do we choose our romantic partners?  How has choosing a partner changed in the last 50 years? 25? Even 10 years?  What role has technology played in forming and maintaining our relationships?  And has technology had a net positive impact, or negative?  You might expect answers to these questions to come from Dr. Phil, Dan Savage or Dr. Ruth.  But Aziz Ansari?  What does he know about this sort of stuff?

Surprisingly-or not once you start reading Modern Romance- a lot! Along with sociologist Eric Klineberg, Ansari has waded through countless studies on relationships, conducted focus groups around the world and has enlisted the help of reddit for a massive online focus group. The Ansari/Klineberg team also combed through data provided to them by Match.com and OkCupid.com.  Even with all of this data on their hands there are a few limitations in regards to the content of the book.  First, it is primarily focused on heterosexual couples.  Ansari states that he felt it would require a separate book to examine the impact of modern technology on homosexual relationships-maybe we can hope for a follow up! Secondly, the people he spoke with and the data he received came mostly from the middle class.  So if you’re looking for information to land a sugar momma/daddy then this book won’t help much.

Ansari tackles all the aspects of dating from the first stage to the last. It may not come as a surprise that the way we meet has changed since the 1930s.  But did you know that 1/3 of all marriages in 1930 came from couples that lived in a 5 block radius from each other?  Today, with emerging adulthood and the internet our radius for potential partners has expanded to all corners of the world.

Another effect technology has had on dating is time-as in: how long should I wait to respond to an electronic advance.  In the old days (read: 20 years ago) you may have gotten an answering machine the first time calling someone new.  Then it may have taken them a couple of days to get back to you and it was no big deal.  Now in the age of instant communication, we’re having crises of confidences if a text hasn’t been answered in 20 minutes.

The book isn’t all data and science-there is also a smattering of advice and little insights into Ansari’s own life.  He even included a feature from his latest Neflix feature-actual texts from people’s phones. One section even deals with the optimal type of dating profile pictures (spoiler: ladies-leave your pets outta there! Men- keep them coming!) If you are looking for your information with a side of comedy, then Modern Romance is your jam.

Posted by jwells on August 4, 2015
For the Love of Reading 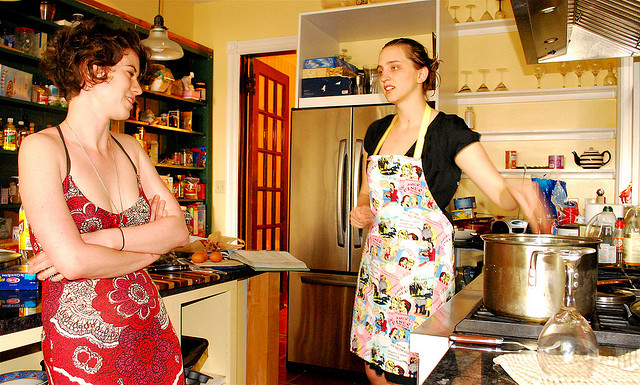 Housing can be your biggest recurring expense, but one way to get around that is by sharing your living space. Yes, I’m talking about roommates. We've all heard horror stories about inconsiderate (and downright horrible) roommates who don't pay rent on time and make you Read more about Roommates: Don't Get Mad, Get Apps! 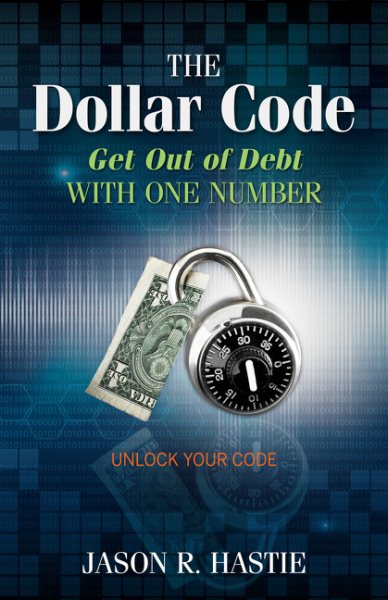 Do you have too much month at the end of your money? Tried budgeting in the past, but it was just too confusing? Feel out of control of your finances? Jason R. Hastie has solutions for you in The Dollar Code: Get Out of Debt with One Number.

The Dollar Code borrows from the first lesson of personal finance: spend less than you earn. Pretty simple, right? Yet plenty of us have a hard time putting this concept into practice, because we're waging a daily battle against the “have it now” mentality—a mentality reinforced by payday loans, credit cards, and even mortgages. But, Hastie says, we have the ability to take control of our finances—without sacrificing everything we want.

Read more about Unlock Your Code! Review of The Dollar Code
Posted by jwells on July 7, 2015
It's Your Money

If your less-than-stellar credit has been affecting your life, you should start to repair it. It may seem like a long road, but taking a few painless steps can help get your financial life back on track.

You can order a free credit report once a year at annualcreditreport.com, or by calling 877-322-8228. Once you receive it, make sure the Read more about Help! My Credit is Broken!

If this isn’t the year for a summer vacation, why not have a stay-cation with these books and delight in some armchair travel to places you may never have a chance to visit otherwise. 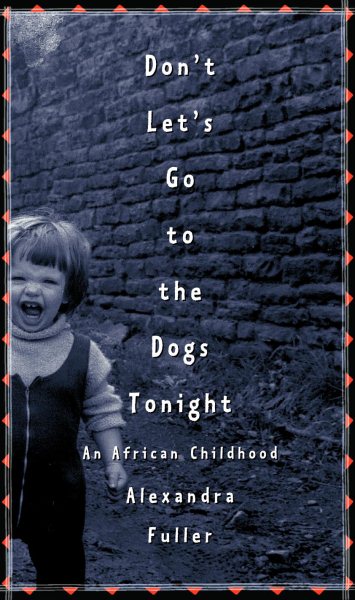 Mom says, "Don't come creeping into our room at night."
They sleep with loaded guns beside them on the bedside rugs.
She says, "Don't startle us when we're sleeping."
"Why not?"
"We might shoot you."
"Oh."


So begins Alexandra Fuller’s memoir Don’t Let’s Go to the Dogs Tonight, a memoir of her childhood in growing up in Rhodesia (now Zimbabwe) during civil war.  Born in England, Fuller immigrated to Rhodesia with her parents when she was a toddler.  It’s hard to imagine why her parents thought moving to Rhodesia during a civil war was a good idea, but both had ties to the continent.  Her father moved to Kenya as a young man and her mother lived in Kenya during the twilight of its empire days.  Fuller never gives the impression they were imperialists but settlers.  Fuller’s dad was often absent-fighting for “white rights” in Africa.  At home, her mom managed her depression mostly with alcohol- “We're all mad, but only I have the certificate to prove it.”

Life was hard.  The family moved from one poor performing tobacco farm to another.  Fuller focuses on stories of family life while moving around Rhodesia with the Rhodesian Civil War framing the background.  For example, Fuller’s first school picture is include and in it she is holding an Uzi. But for every mention of the war, there’s also a tale of life in Africa.  From planting during the spring to reclaiming a farmhouse from the encroaching jungle to even the sounds, Fuller paints such a detailed picture of the landscape that you can almost feel you’re there.

For more about Fuller’s family and life in Africa read: Scribling the Cat and Cocktail Hour Under the Tree of Forgetfulness.

Not every story has a clear beginning, middle and end.  Here are three that challenge the traditional definition of "novel." 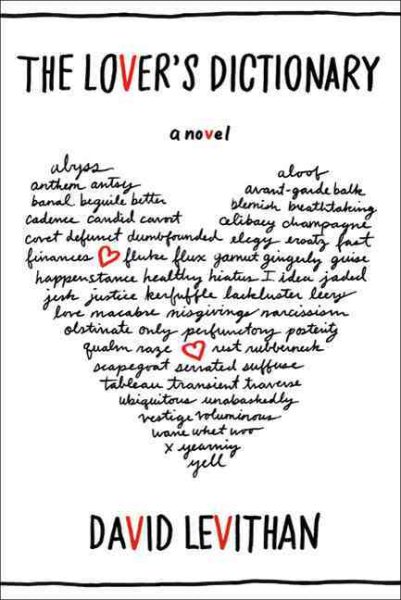 The Lover's Dictionary by David Levithan

The title of The Lover’s Dictionary describes exactly what is inside this novel: a story of a relationship told through alphabetical dictionary entries describing the large and small events that shape a relationship.  While the first entry describes a scene from the first meeting, the rest of the novel does not follow linearly. We learn of how the unnamed couple falls in love, events that cause tension, milestones in their relationship and vignettes about love.

Me without anyone else.

Read more about Novel Novels: Not Your Average Story
Posted by jwells on June 11, 2015
For the Love of Reading

What is a credit score, exactly?

A  FICO® credit score is a common way for lenders, employers and insurers (among others) to determine how much of a credit risk you are.  Generally, FICO scores range from 300 to 850; the higher your score, the more trustworthy you are considered. Read more about What's My Credit Score Got to Do With It?

Buying a house is one of life’s biggest financial decisions. With so much money on the line, it's no wonder so many people are gunshy about settling down. Here are some questions to ask yourself before you start the home buying process.

How long will you stay put?

If you are only planning on being in the area for a couple of years, it probably doesn’t make sense to buy a house. Buying tends to be a good Read more about To Buy, or Not to Buy? —That Is the Question

Are you looking for a book that you can't put down?  One that raises the hair on your arms and doesn't leave your mind for days? Or, are you just looking for a recommendation for your Adult Summer Reading guide? One of these may be for you! 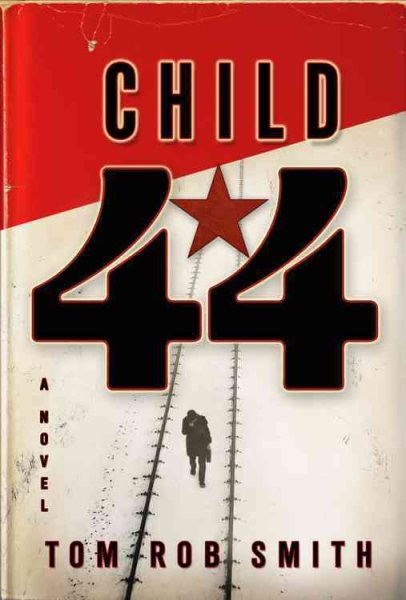 Set in Stalinist Soviet Union, former war hero and current MGB agent Leo Demidov works long hours tracking down and arresting citizens suspected of political crimes.  Leo knows most of them are innocent, just as he knows he can easily be on the other side of the interrogation table.  Sent to investigate the death of a co-worker’s child, Leo is upset because he has more important work to do. His frustration levels grow when the child’s parents won’t stop insisting that their child has been murdered. In the Soviet Union in 1953 there is no crime, and certainly no murder.  Meanwhile, Leo’s jealous co-work plants seeds of doubt into their superior’s minds, and when Leo refuses to denounce his wife as a traitor, they both become targets of the State.  While on the run, Leo encounters more evidence that there is a serial killer on the loose-one that is targeting children and he is determined to put a stop to it.

This fast paced thriller will leave you on the edge of your seat. Several twists and tunrs only add to the suspense. Though the book deals with sensitive topics, they are not described in gorey detail.  Smith instead focuses on the fear the Soviet system instilled it it’s people.  Read it now before it hits the big screen this fall!

If you enjoyed Child 44, then read the series other two books- The Secret Speech and Agent 6.