Each February the United States celebrates African American History Month, which traces its origins to 1926 when historian Carter G. Woodson designated the second week of February to be "Negro History Week." This week was chosen because it coincided with the birthdays of Abraham Lincoln and Frederick Douglass. With the rise of the civil rights movement by the late 1960s, Negro History Week had evolved into Black History Month on many college campuses. In 1976 President Gerald R. Ford officially recognized Black History Month urging Americans to "seize the opportunity to honor the too-often neglected accomplishments of black Americans in every area of endeavor throughout our history." The theme for African American History Month 2015 is “A Century of Black Life, History and Culture." A Chosen Exile: A History of Racial Passing in American Life

Between the eighteenth and mid-twentieth centuries, countless African Americans passed as white, leaving behind families and friends, roots and community, a chosen exile, a separation from one racial identity and the leap into another. This revelatory history of passing explores the possibilities and challenges that racial indeterminacy presented to men and women living in a country obsessed with racial distinctions. It also tells a tale of loss. Although black Americans who adopted white identities reaped benefits of expanded opportunity and mobility, Hobbs helps us to recognize and understand the grief, loneliness, and isolation that accompanied—and often outweighed—these rewards. Although recent decades have witnessed an increasingly multiracial society and a growing acceptance of hybridity, the problem of race and identity remains at the center of public debate and emotionally fraught personal decisions. 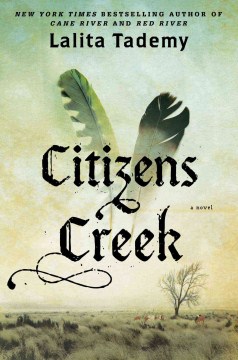 Citizens Creek spans the 19th century and reimagines the true story of an African American Creek Indian family. Cow Tom, an Alabama-born black slave owned by a Creek chief, serves as a translator during the Indian wars. Once he is dismissed from service, the slave undertakes the long journey to find his wife, children, and tribe. Cow Tom's travels westward take him through the camps where Indian tribes have been forcefully relocated, a journey that is emotionally devastating but ultimately not defeating. Eventually, Cow Tom is able to purchase his own freedom, as well as that of his family, and they go on to prosper despite major setbacks over many years. Cow Tom's granddaughter, Rose, holds tight to her grandfather's values, and she, too, succeeds against the odds and is the glue that holds her family and their land together. 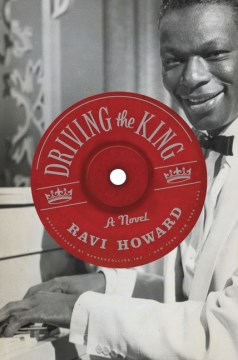 When Nat King Cole returns to his hometown of Montgomery, Alabama for a rare performance, he plans to honor the engagement of his childhood friend, Nat Weary, with a special song. When a white man attacks Cole with a pipe, Weary leaps from the audience to defend him—an act that will lead to a ten-year prison sentence. But the singer will not forget his friend and the sacrifice he made, offering him a job as driver and bodyguard in L.A. upon his release. It is the promise of a new life removed from the terror, violence, and degradation of Jim Crow Alabama. Weary discovers that, while Los Angeles is far different from the Deep South, it a place of discrimination, mistrust, and intolerance where a black man—even one as talented and popular as Nat King Cole—is not wholly welcome. An indelible portrait of prejudice and promise, friendship and loyalty, Driving the King is a daring look at race and class in pre-Civil Rights America, played out in the lives of two remarkable men. How it Feels to be Free: Black Women Entertainers and the Civil Rights Movement

Ruth Feldstein examines celebrated black women performers, illuminating the risks they took, their roles at home and abroad, and the ways that they raised the issue of gender amid their demands for black liberation. Feldstein focuses on six women who made names for themselves in the music, film, and television industries: Nina Simone, Lena Horne, Miriam Makeba, Abbey Lincoln, Diahann Carroll, and Cicely Tyson. These women did not simply mirror black activism; their performances helped constitute the era's political history. How It Feels to Be Free demonstrates that entertainment was not always just entertainment and that "We Shall Overcome" was not the only soundtrack to the civil rights movement. By putting black women performances at center stage, Feldstein sheds light on the meanings of black womanhood in a revolutionary time. Congressman John Lewis (GA-5) is an American icon, one of the key figures of the civil rights movement. His commitment to justice and nonviolence has taken him from an Alabama sharecropper's farm to the halls of Congress. In collaboration with co-writer Andrew Aydin and New York Times best-selling artist Nate Powell, March is a vivid first-hand account of John Lewis' lifelong struggle for civil and human rights, meditating in the modern age on the distance traveled since the days of Jim Crow and segregation. Rooted in Lewis' personal story, it also reflects on the highs and lows of the broader civil rights movement. Book One spans John Lewis' youth in rural Alabama, his life-changing meeting with Martin Luther King, Jr., the birth of the Nashville Student Movement, and their battle to tear down segregation through nonviolent lunch counter sit-ins, building to a stunning climax on the steps of City Hall. 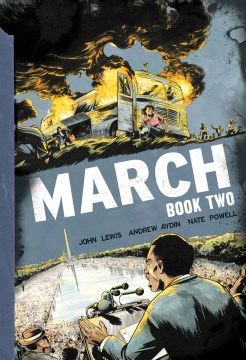 After the success of the Nashville sit-in campaign, John Lewis is more committed than ever to changing the world through nonviolence — but as he and his fellow Freedom Riders board a bus into the vicious heart of the deep south, they will be tested like never before. Faced with beatings, police brutality, imprisonment, arson, and even murder, the movement’s young activists place their lives on the line while internal conflicts threaten to tear them apart. But their courage will attract the notice of powerful allies, from Martin Luther King, Jr. to Attorney General Robert F. Kennedy... and once Lewis is elected chairman of the Student Nonviolent Coordinating Committee, this 23-year-old will be thrust into the national spotlight, becoming one of the “Big Six” leaders of the civil rights movement and a central figure in the landmark 1963 March on Washington for Jobs and Freedom. 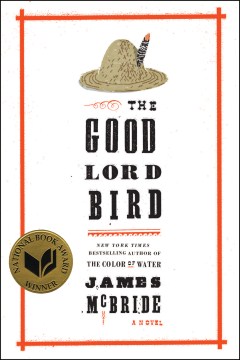 Abolitionist John Brown calls her “Little Onion,” but her real name is Henry. A slave in Kansas mistaken for a girl due to the sackcloth smock he was wearing when Brown shot his master, the light-skinned, curly-haired 12-year-old ends up living as a young woman, most often encamped with Brown’s renegade band of freedom warriors as they traverse the country, raising arms and ammunition for their battle against slavery. Though they travel to New York to meet with Frederick Douglass and Canada to enlist the help of Harriet Tubman, Brown and his ragtag army fail to muster sufficient support for their mission to liberate African Americans, heading inexorably to the infamously bloody and pathetic raid on Harpers Ferry. Dramatizing Brown’s pursuit of racial freedom and insane belief in his own divine infallibility through the eyes of a child fearful of becoming a man McBride presents a sizzling historical novel that is an evocative escapade. Winner of the 2013 National Book Award for Fiction. 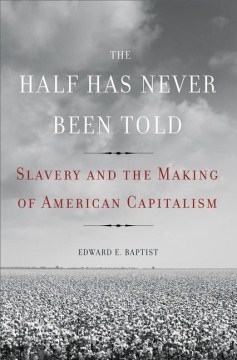 The Half Has Never Been Told: Slavery and the Making of American Capitalism

Historian Edward Baptist reveals how the expansion of slavery in the first eight decades after American independence drove the evolution and modernization of the United States. In the span of a single lifetime, the South grew from a narrow coastal strip of worn-out tobacco plantations to a continental cotton empire, and the United States grew into a modern, industrial, and capitalist economy. Told through intimate slave narratives, plantation records, newspapers, and the words of politicians, entrepreneurs, and escaped slaves, The Half Has Never Been Told offers a radical new interpretation of American history. It forces readers to reckon with the violence at the root of American supremacy, but also with the survival and resistance that brought about slavery’s end—and created a culture that sustains America’s deepest dreams of freedom. 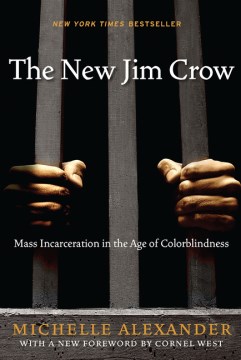 The New Jim Crow: Mass Incarceration in the Age of Colorblindness

Contrary to the rosy picture of race embodied in Barack Obama's political success and Oprah Winfrey's financial success, legal scholar Alexander argues vigorously and persuasively that we have not ended racial caste in America; we have merely redesigned it. Jim Crow and legal racial segregation has been replaced by mass incarceration as a system of social control. Alexander reviews American racial history from the colonies to the Clinton administration, delineating its transformation into the war on drugs. She offers an acute analysis of the effect of this mass incarceration upon former inmates who will be discriminated against, legally, for the rest of their lives, denied employment, housing, education, and public benefits. Most provocatively, she reveals how both the move toward colorblindness and affirmative action may blur our vision of injustice: most Americans know and don't know the truth about mass incarceration—but her carefully researched, deeply engaging, and thoroughly readable book should change that. 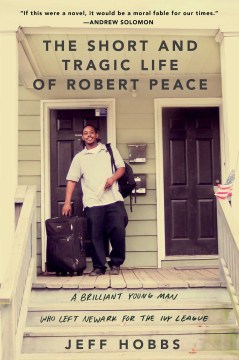 The Short and Tragic Life of Robert Peace: A Brilliant Young Man Who Left Newark for the Ivy League

When author Jeff Hobbs arrived at Yale University, he became fast friends with the man who would be his college roommate for four years, Robert Peace. Robert’s life was rough from the beginning in the crime-ridden streets of Newark in the 1980s, with his father in jail and his mother earning less than $15,000 a year. But Robert was a brilliant student, and it was supposed to get easier when he was accepted to Yale, where he studied molecular biochemistry and biophysics. But it didn’t get easier. Robert carried with him the difficult dual nature of his existence, “fronting” in Yale, and at home.

Through an honest rendering of Robert’s relationships this book encompasses the most enduring conflicts in America: race, class, drugs, community, imprisonment, education, family, friendship, and love.