Can you tell a book by its title? Here's a list of zaney, off beat, eclectic, quirky books you may enjoy.

Jebediah has a secret that will change his world forever and send his people into space. The Amish world of Alabaster calls upon an ancient promise to escape destruction. They end up on a cargo ship bound for the stars. But they are not the only cargo on board. Some of it is alive...or used to be. Now with vampires taking over and closing in on the Amish refugees, these simple believers must decide whether their faith depends on their honored traditions or something even older. 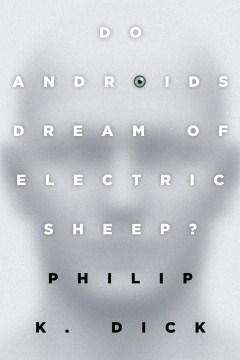 Do androids dream of electric sheep

By 2021, the World War had killed millions, driving entire species into extinction and sending mankind off-planet. Those who remained coveted any living creature, and for people who couldn't afford one, companies built incredibly realistic simulacrae: horses, birds, cats, sheep. . . They even built humans. Emigrées to Mars received androids so sophisticated it was impossible to tell them from true men or women. Fearful of the havoc these artificial humans could wreak, the government banned them from Earth. But when androids didn't want to be identified, they just blended in.
Rick Deckard was an officially sanctioned bounty hunter whose job was to find rogue androids, and to retire them. But cornered, androids tended to fight back, with deadly results 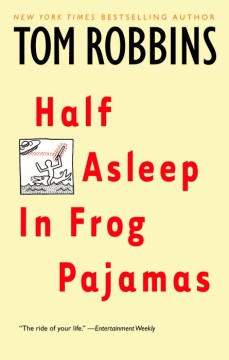 Half asleep in frog pajamas

When the stock market crashes on the Thursday before Easter, you—an ambitious, although ineffectual and not entirely ethical young broker—are convinced that you’re facing the Weekend from Hell. Before the market reopens on Monday, you’re going to have to scramble and scheme to cover your butt, but there’s no way you can anticipate the baffling disappearance of a 300-pound psychic, the fall from grace of a born-again monkey, or the intrusion in your life of a tattooed stranger intent on blowing your mind and most of your fuses. Over these fateful three days, you will be forced to confront everything from mysterious African rituals to legendary amphibians, from tarot-card bombshells to street violence, from your own sexuality to outer space.

I could pee on this: and other poems by cats

In this hilarious book of tongue-in-cheek poetry, the author of the internationally syndicated comic strip Sally Forth helps cats unlock their creative potential and explain their odd behavior to ignorant humans. With titles like "Who Is That on Your Lap?," "This Is My Chair," "Kneel Before Me," "Nudge," and "Some of My Best Friends Are Dogs," the poems collected in I Could Pee on This perfectly capture the inner workings of the cat psyche. With photos of the cat authors throughout, this whimsical volume reveals kitties at their wackiest, and most exasperating (but always lovable). Moby Duck: the true story of 28,800 bath toys lost at sea, and of the beachcombers, oceanographers, environmentalists and fools-including the author-who went in search of them

When the writer Donovan Hohn heard of the mysterious loss of thousands of bath toys at sea, he figured he would interview a few oceanographers, talk to a few beachcombers, and read up on Arctic science and geography. But questions can be like ocean currents: wade in too far, and they carry you away. Hohn's accidental odyssey pulls him into the secretive arena of shipping conglomerates, the daring work of Arctic researchers, the lunatic risks of maverick sailors, and the shadowy world of Chinese toy factories. Moby-Duck is a journey into the heart of the sea and an adventure through science, myth, the global economy, and some of the worst weather imaginable 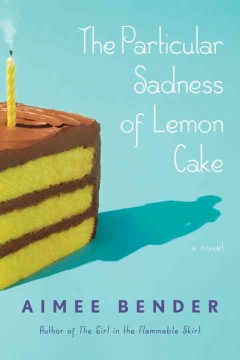 On the eve of her ninth birthday, unassuming Rose Edelstein bites into her mother's homemade lemon-chocolate cake and discovers she has a magical gift: she can taste her mother’s emotions in the slice. To her horror, she finds that her cheerful mother tastes of despair. Soon, she’s  privy to the secret knowledge that most families keep hidden: her father’s detachment, her mother’s transgression, her brother’s increasing retreat from the world. But there are some family secrets that even her cursed taste buds can’t discern. 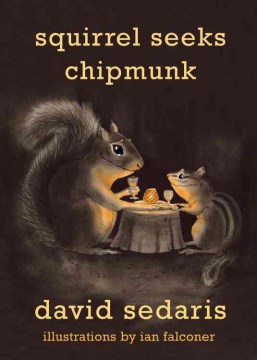 Featuring David Sedaris's unique blend of hilarity and heart, this new illustrated collection of animal-themed tales is an utter delight. Though the characters may not be human, the situations in these stories bear an uncanny resemblance to the insanity of everyday life 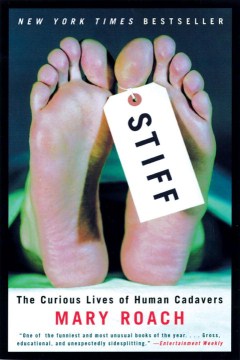 Stiff is an oddly compelling, often hilarious exploration of the strange lives of our bodies postmortem. For two thousand years, cadavers—some willingly, some unwittingly—have been involved in science's boldest strides and weirdest undertakings. In this fascinating account, Mary Roach visits the good deeds of cadavers over the centuries and tells the engrossing story of our bodies when we are no longer with them. 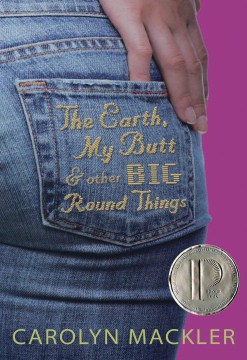 The earth, my butt and other big round things

Fifteen-year-old Virginia Shreves has a larger-than-average body and a plus-size inferiority complex. She lives on the Web, snarfs junk food, and follows the "Fat Girl Code of Conduct." Her stuttering best friend has just moved to Walla Walla (of all places). Her new companion, Froggy Welsh the Fourth (real name), has just succeeded in getting his hand up her shirt, and she lives in fear that he’ll look underneath. Then there are the other Shreves: Mom, the successful psychologist and exercise fiend; Dad, a top executive who ogles thin women on TV; and older siblings Anaïs and rugby god Byron, both of them slim and brilliant. Delete Virginia, and the Shreves would be a picture-perfect family. Or so she’s convinced. And then a shocking phone call changes everything.

With irreverent humor, insight, and surprising gravity, Carolyn Mackler creates an endearingly blunt heroine whose story will speak to every teen who struggles with family expectations - and serve as a welcome reminder that the most impressive achievement is to be true to yourse 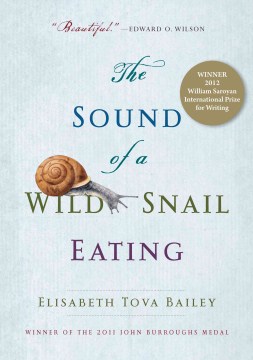 The sound of a wild snail eating

In a work that beautifully demonstrates the rewards of closely observing nature, Elisabeth Bailey shares an inspiring and intimate story of her uncommon encounter with a Neohelix albolabris --a common woodland snail.
While an illness keeps her bedridden, Bailey watches a wild snail that has taken up residence on her nightstand. As a result, she discovers the solace and sense of wonder that this mysterious creature brings and comes to a greater under standing of her own confined place in the world. Told with wit and grace, The Sound of a Wild Snail Eating is a remarkable journey of survival and resilience, showing us how a small part of the natural world illuminates our own human existence and provides an appreciation of what it means to be fully alive