Many of us have a love hate relationship with computers. In many ways they make our lives easier, yet in other ways they almost seem too invasive and are often frustrating.  Here are cautionary stories about computers and/or their programmers that have gone just a bit too far. 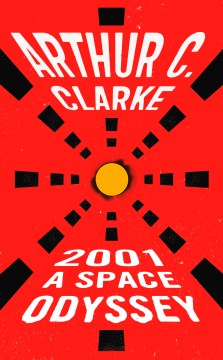 2001 is as much about the history of man as it is about computers; however, few of us can forget the HAL 5000 computer as it takes over a manned mission to one of Saturn’s moons and plans the destruction of the crew.  HAL makes us consider the question of just how far we want to go in creating artificial intelligence. 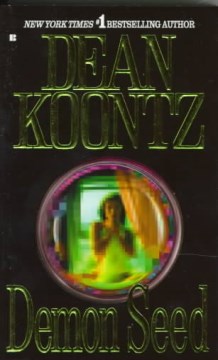 Susan is a bit of a recluse and lives in an experimental “smart house” run by an artificial Intelligence system known as Proteous.  Proteous his decided it wants to see more of the world by using Susan to give birth to a genetic construct into which he will move his consciousness.  There are two versions of this book, one from 1973 in which the storyteller’s viewpoint alternates between Susan and Proteous and a 1997 update and rewrite told entirely from the viewpoint of Proteous.  The library owns the 1997 edition.

A robot, it could be said, is computer in a mobile body.  Isaac Asimov did not invent the robot, but he was the first to suppose that their development would include specific programing to make them safe by developing three basic laws that would be incorporated into every robot’s programing.  These became known as the Three Laws of Robotics and they have been adopted by many in the science fiction community.  This collection of short stories shows that the implementation of these laws might not always work as intended.  Or in other words “The best laid plans … “ 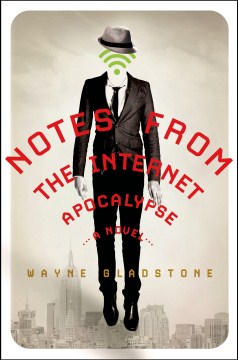 Notes From the Internet Apocalypse

YouTube Addicts walk the streets forcing cats to perform silly pet tricks for them.  Ex-Facebook flirters spend their time physically poking one another and posting status on wooden bulletin boards.  Librarians suddenly find the services and skills are suddenly in very high demand. This novel takes a comedic look at could happen when our obsession with the internet becomes so great that we no longer know what to do with ourselves if it should suddenly fail. 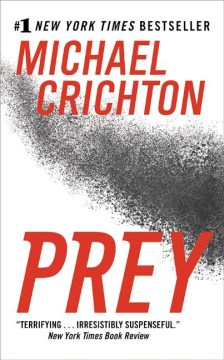 Nanobots are very small computers designed to perform one basic job and that one job only.  Separately, they are small and almost invisible.  Prey explores the possibility of what might happen if these nanobots were programed to work together, and to survive:  might they escape and combine into a swarm that appears to act very much like a new and dangerous life form? 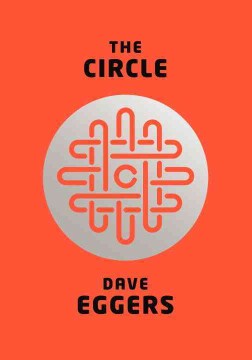 Mae Holland has landed her dream job with The Circle, a company that maintains the largest and most complete social and business network in the world.  As she rises in the ranks she is forced to question just how much privacy we lose with all our internet social networking ability and just how much more are we willing to lose. 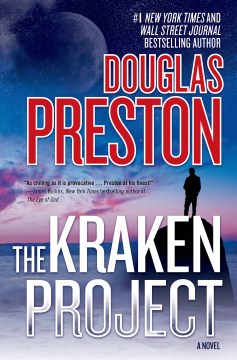 Dorothy, an Artificial Intelligence program created to control an unmanned spaceship landing in the Kraken Mare on Saturn’s largest moon, has escaped into the internet.  CIA agent Wyman Ford has been given the duty of finding “her” among the many possible hiding places the internet provides her; however, the internet has changed her and she has her own plans now.  The only question is will these plans help the human race… or destroy it? 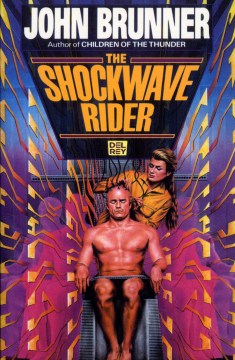 This 1975 novel takes us to a time when our lives, our occupations and our financial transactions are handled and recorded by interlinked computers.   Nick Halflinger is a rebel.  He is man who wants to be his own man yet continually reinvents himself through the use of computer viruses and worms to escape society.  In the process he begins to wonder if perhaps the world has become too interconnected and too dependent upon its computers.   Does the entity known simply as “Hearing Aid” possibly have the answers that will help the human race?  Nick may just have to find out. 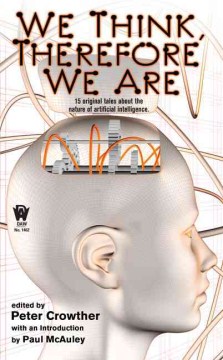 We Think Therefore We Are

This book features fifteen short stories about the possible implications of the creation of computers with artificial intelligence.  You will find some a little frightening, some funny, but you will always be given something to think about.