May is Older Americans Month and the time when here locally our community holds the Creative Aging Festival to identify and promote best practices to create opportunities for older people to understand their full potential, get involved with creative and civic activities, and find fresh ways to enhance their quality of life.

Describes how to age gracefully and live with positive purpose, detailing how senior citizens can get the most out of their health, sex lives, emotions, and physical well-being. - (Baker & Taylor) 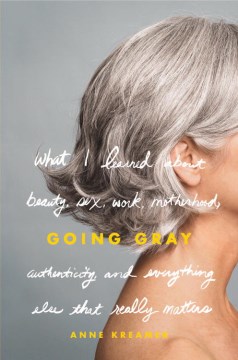 Going gray : what I learned about beauty, sex, work, motherhood, authenticity, and everything else that really matters

In searching for the balance between attractiveness and authenticity, Kreamer's journey of middle-aging illiminates in a friendly, useful, and entertaining way the politics and personal costs of this generation's definition of "aging gracefully. - (Hachette Book Group) 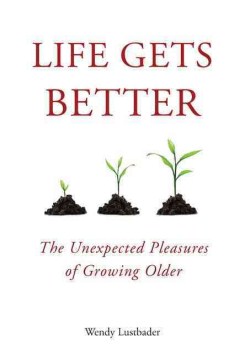 Life gets better : the unexpected pleasures of growing older 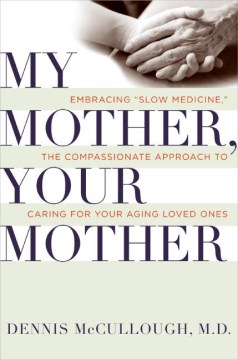 My mother, your mother : embracing "slow medicine" - the compassionate approach to caring for your aging loved ones

Counsels baby boomers on caring for aging parents through their final years, addressing the negative aspects of intensive care, discussing the pros and cons of alternative therapies, and sharing advice about the challenges of overseeing a parent's death. 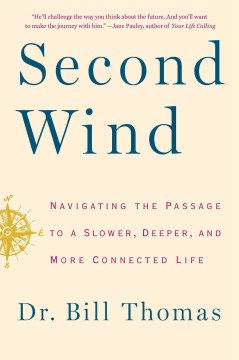 Second wind : navigating the passage to a slower, deeper, and more connected life

An internationally recognized expert on aging focuses on the Baby Boom generation, exploring its history and recommending a path toward healing that will provide new and more nourishing fuel for the rest of life's journey. - (Baker & Taylor) 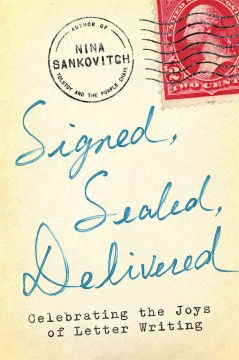 Nina Sankovitch reminds us that letters offer proof and legacy of what is most important in life: love and connection. In the end, she finds, the letters we write are even more important than the ones we wait for. - (Simon and Schuster)

Be Here Now was first published in 1971. It recorded the two major experiences I had had during the Sixties: one of them was psilocyben mushrooms, and the other was my guru, Maharajji. Both of them-mushrooms and Maharajji-did many things for me, one of which was to give me a familiarity with other planes of consciousness. They showed me that there's much more in any given moment than we usually perceive, and that we ourselves are much more than we usually perceive. When you know that, part of you can stand outside the drama of your life. -- from the Preface 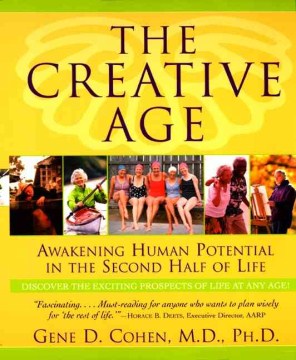 The creative age : awakening human potential in the second half of life

Cohen reviews in depth the potential for an engaged and expressive second half stage of life, capitalizing on our creativity and how it can improve immune systems. 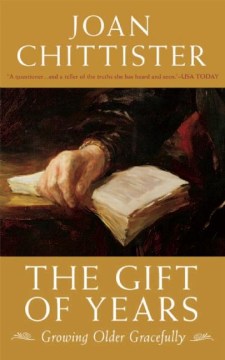 Benedictine sister Chittister beautifully downplays regrets and accents the rewards of a mature life. While she acknowledges the pain of old age, she focuses on the new beginnings that life can offer at this stage and discusses the need to stay involved, to put one's affairs in order, and to be open to new relationships. -- Library Journal 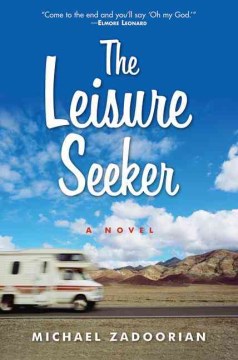 Recognizing that the final stage of their lives is upon them, John and Ella Robina, the former an Alzheimer's patient, the latter succumbing to cancer, sneak away from their over-protective children and doctors to embark on an RV vacation along Route 66. - (Baker & Taylor)

The memoir project : a thoroughly non-standardized text for writing & life

A recent study revealed that the Number 1 thing that baby boomers want to do in retirement is write a book....about themselves. It's not that every person has lived such a unique or dramatic life, but we inherently understand that writing memoir-whether it's a book, blog, or just a letter to a child-is the single greatest portal to self-examination. (Grand Central Pub) 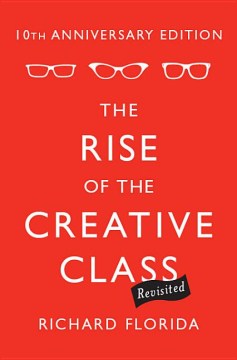 The rise of the creative class, revisited

Richard Florida is a regular columnist for The Atlantic. He has written for the New York Times, the Wall Street Journal, The Economist, and other publications. His multiple awards and accolades include the Harvard Business Review's Breakthrough Idea of the Year. He was named one of Esquire magazine's Best and Brightest (2005) and one of BusinessWeek's Voices of Innovation (2006). He lives in Toronto, Canada. - (Perseus Publishing) 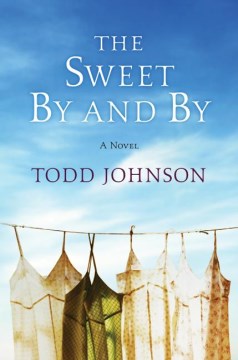 The sweet by and by

Five very different Southern women meet in a nursing home and develop a friendship that resonates over the decades. 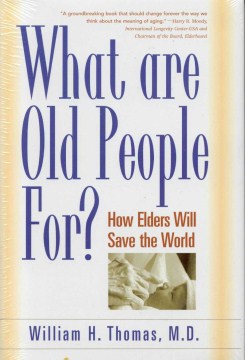 What are old people for? : how elders will save the world

"Our culture declares that adulthood is forever, that old age means decline, and that perfection is lodged in remaining young," Thomas writes. "The truth is that old age is difficult, but it is essential because it teaches us how to live as human beings." Copyright 2005 ForeWord Reviews.