Fantasy is a broad category of fiction (for me it includes all science-fiction). Many new readers have come to the genre with its recent resurgence in Young Adult literature and the growing popularity of the Game of Thrones television series (based on George R.R. Martin's A Song of Ice and Fire books). And, of course, J.R.R. Tolkien's The Hobbit and Lord of the Rings saga are among the best-selling books of all-time. While there are plenty of types of fantasy (whether it be early English verse like Sir Edmund Spenser's The Faerie Queen or John Milton's Paradise Lost; children's stories like J.M. Barrie's Peter Pan or Lewis Carroll's Alice and Wonderland; or breakthrough sci-fi classics by authors like Robert Heinlein, Ray Bradbury, or Philip K. Dick), this list focuses exclusively on "pulp fantasy". The term 'pulp' comes from the inexpensive wood pulp that was used to create the paper to originally publish the stories. While the tales were often considered as cheap as the paper they were published on, in the early parts of the 20th century, they are among the first of their kind to imagine what appears commonplace today.

Moore, an Indiana native, was one of the first female writers to publish in the fantasy genre. With her character Jirel of Joiry she may have created the first English language female fantasy hero(ine) who battles wizards and warlocks just as adeptly as any barbarian. Though influenced by Robert E. Howard's Conan stories, Moore adds much more of a supernatural element to her world. The title story was billed as "the weirdest story ever told" when published in Weird Tales circa 1934. 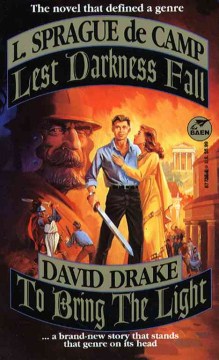 This is considered to be a very influential alternate history novel, first published as a short story in Unknown magazine in 1939. The story follows a university professor visiting the Parthenon who travels back-in-time to 6th century Rome during a mysterious thunderstorm to prevent the fall of the Roman Empire. It was inspired, at least in concept, by Mark Twain's A Connecticut Yankee in King Arthur's Court. 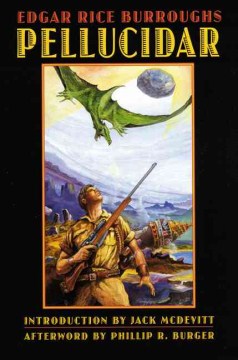 More notably known for his John Carter of Mars and Tarzan series of books, Burroughs also wrote many stories set in the fictional land of Pellucidar: a secret prehistoric world five-hundred miles beneath the Earth, where man and dinosaur-like reptiles live amongst one another. This is the second book in the series. Along with many others, the first (At the Earth's Core) can be found online for free. Considered corny by some, just try to imagine reading it in 1915 when it was first published. 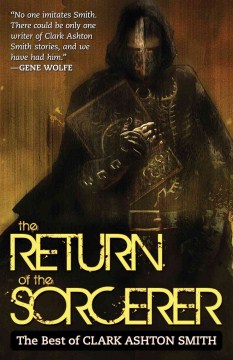 Return of the sorcerer : the best of Clark Ashton Smith

This collection of short stories from this science-fiction thriller/horror author, most of which originated in Weird Tales in the early 1930s, rivals more well known authors like H.P. Lovecraft in weirdness. From island kings to Mars explorers, this seemingly less remembered pulp writer deserves a look. We have several other collections of his stories. 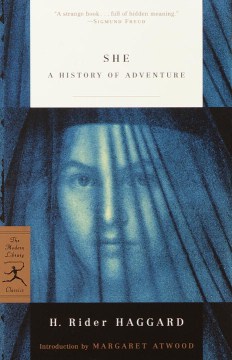 She : a history of adventure

From the author of the fantasy adventure King Solomon's Mines, which also used Africa as its exotic unknown setting, this is one of the earliest modern fantasy stories and one of the best-selling books of all time. It was originally published as a serial in the 1880s, where it was criticized by some for its "penny dreadful" writing style not being up to "proper" standards. While the titular "She-who-must-be-obeyed" seems to embody ideas of female power, the story is also written from a now obviously racist viewpoint of British imperialism. 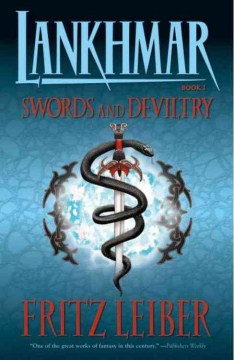 An early collection of these darkly humorous first stories in the Lankhmar series feature the reoccuring characters of Fafhrd and the Gray Mouser (a seven foot tall barbarian and a former wizard's apprentice-thief, respectively) set in the land of Nehwon. The stories originally appeared in the magazine Unknown in 1939, but spawned several comics and RPGs. 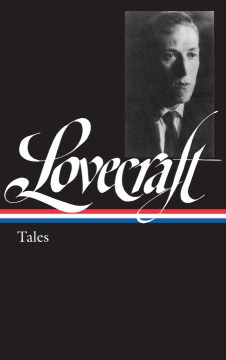 If you are looking for classic horror fantasy, look no further. While I grew up reading assorted collections put out by Arkham House publishers, there is now a fancy Library of America hardback release of some of his work. Among assorted short stories, it includes the classic novella At the Mountains of Madness and, a personal favorite, "The Shadow Over Innsmouth". If you prefer reading online, there are plenty of stories transcribed here. We also have a handful of (some really bad) movies based on his works. ph'nglui mglw'nafh Cthulhu R'lyeh wgah'nagl fhtagn 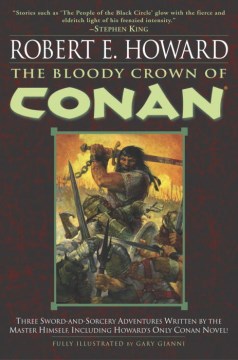 The bloody crown of Conan

A collection of two short stories and the only original novel, set in the land of Cimmeria during the Hyborian Age, featuring the best known sword-and-sorcery character of all-time. This edition includes many of Howard's notes and outlines to provide a look into how the stories were created. Some other stories by the author can be found online for free. 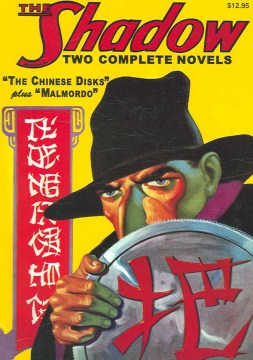 The Chinese disks and Malmordo : two classic adventures of The Shadow

Though the character of Lamont Cranston/The Shadow started on the radio, it has branched out into almost every conceivable 20th century medium. The character is widely considered to be an influence on the creation of comic book superheroes like Batman. Many of the old radio broadcasts (including those voiced by Orson Welles) and a couple of films can be found for free online. "Who knows what evil lurks in the hearts of men? The Shadow knows!"