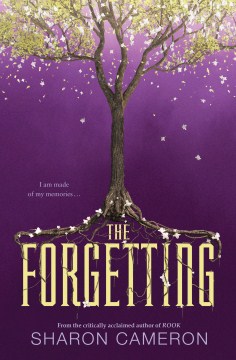 Oct 9-15th is Teen Read Week! Stop by the library with any book you've read during this week and we'll give you a slip for a chance to win a fabulous prize. There's no limit on how many books you can read and any book is fair game. Two winners will get a 3 month subscription to Owl Crate. Good luck and get reading!

Posted by bfyolek on October 10, 2016
The Forgetting
Teens
Teens - The Ground Floor 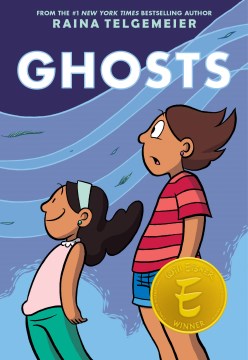 Calling all artists! It's Inktober, which means it's time to challenge yourself to complete one ink drawing every day for the month of October. This is a great time to improve your drawing skills or to start a new habit. You never know if you might be the next Raina Telgemeier, Lucy Knisley, or Gene Luen Yang. The Ground Floor has drawing pencils, inking pens, and drawing paper. Stop by and create!

Need some inspiration? Try one of these amazing graphic novels! Happy Inktober!

Going to school and making new friends can be tough. But going to school and making new friends while wearing a bulky hearing aid strapped to your chest? That requires superpowers! The Phonic Ear gives Cece the ability to hear--sometimes things she shouldn't--but also isolates her from her classmates. She really just wants to fit in and find a true friend, someone who appreciates her as she is. After some trouble, she is finally able to harness the power of the Phonic Ear and become "El Deafo, Listener for All." And more importantly, declare a place for herself in the world and find the friend she's longed for.

The Dumbest Idea Ever, Jimmy Gownley

At thirteen, Jimmy was popular, at the top of his class, and the leading scorer on his basketball team. But all that changed when chicken pox forced him to miss the championship game. Things went from bad to worse when he got pneumonia and missed even more school. Before Jimmy knew it, his grades were sinking and nothing seemed to be going right.

How did Jimmy turn things around, get back on top at school, and land a date with the cutest girl in class?

Lucy Knisley loves food. The daughter of a chef and a gourmet, this talented young cartoonist comes by her obsession honestly. In her forthright, thoughtful, and funny memoir, Lucy traces key episodes in her life thus far, framed by what she was eating at the time and lessons learned about food, cooking, and life. Each chapter is bookended with an illustrated recipe-- many of them treasured family dishes, and a few of them Lucy's original inventions.

Eschewing female stereotypes throughout her early years and failing to gain acceptance on the boys' baseball team, Liz learns to embrace her own views on gender as she comes of age, in an anecdotal graphic novel memoir.

Nimona is an impulsive young shapeshifter with a knack for villainy. Lord Ballister Blackheart is a villain with a vendetta. As sidekick and supervillain, Nimona and Lord Blackheart are about to wreak some serious havoc. Their mission: prove to the kingdom that Sir Ambrosius Goldenloin and his buddies at the Institution of Law Enforcement and Heroics aren't the heroes everyone thinks they are. But as small acts of mischief escalate into a vicious battle, Lord Blackheart realizes that Nimona's powers are as murky and mysterious as her past. And her unpredictable wild side might be more dangerous than he is willing to admit.

Catrina and her family have moved to the coast of Northern California for the sake of her little sister, Maya, who has cystic fibrosis--and Cat is even less happy about the move when she is told that her new town is inhabited by ghosts, and Maya sets her heart on meeting one.

In China in 1898 bands of foreign missionaries and soldiers roam the countryside, bullying and robbing Chinese peasants. Little Bao has had enough: harnessing the powers of ancient Chinese gods, he recruits an army of Boxers--commoners trained in kung fu who fight to free China from "foreign devils." 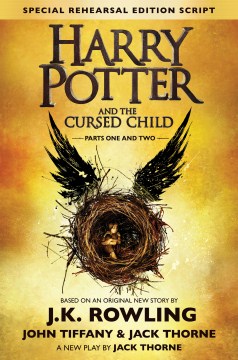 Put on your robes, fasten your house tie (Hey to all my Ravenclaws!), and grab a few pumpkin pasties. We're going back to Hogwarts and it's about time. When we last left Harry, Ron, and Hermione they were dropping their children off at Platform 9 3/4 and, "All was well." Unfortunately for Harry and the gang, that wasn't the case for very long.

In this new story from J.K. Rowling writing with playwrights John Tiffany and Jack Thorne, Potter fans get to go back to the wizarding world. Our favorite trio is all grown up with families of their own, important positions in the Ministry of Magic, and newfound adult aches and pains. It's their children's generation who now take center stage. Quite literally, as this new story is a play. The show is currently running in London and will, hopefully, one day come to the US. Until then, we muggles can read the script.

The Cursed Child is a much different story than the original Harry Potter novels, but with all the charm we've come to expect. Reading a script, for those who have never attempted, isn't all that different from reading a novel. It's more condensed since you're watching the action unfold rather than reading long descriptions, but readers will still find themselves immersed in the story Rowling is telling. It's a story of parent child relationships, friendship, redemption, and what it means to be the son of THE Harry Potter. This muggle was happy to check in on old friends and excited to find new favorite characters (I'm looking at you Scorpius Malfoy).

The holds list is long, but worth the wait. Maybe pick up the original novels on audiobook while you're waiting. Trust me, it's like experiencing the story again for the first time. The narrator, Jim Dale, is that good. And, for those of you who've already experienced The Cursed Child, make sure to stop by The Ground Floor and talk to me about it! I have some FEELINGS that cannot adequately be expressed right now. Because spoilers. Happy Reading!

Posted by bfyolek on August 8, 2016
Harry Potter and the Cursed Child
Teens
For the Love of Reading
Teens - The Ground Floor 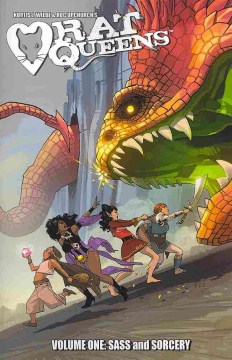 Stop me if you’ve heard this one before, a dwarf, an elf, a smidgen, and a wizard start a fight in a tavern… no, well, that is how the saga of the mercenary band known as Rat Queens begins. As the title suggests, there is plenty of humor and magic throughout this volume, but the story does not shy from mature themes and there are frequent bouts of intense violence. Rat Queens also flows as though the reader is playing through a classic D&D campaign, and while this could be seen as a hindrance, in fact this allows the story to soar. Wiebe has managed to capture the essence of a D&D campaign and turn it into a rollickingly fun graphic novel. Suggested for mature readers who enjoy D&D and fantasy stories.

After a rather energetic disagreement in a local inn, all of the mercenary bands in the city of Palisade, including the Rat Queens, are assigned a quest as a form of ‘community service.’ What none of them know is that there is a group of assassins waiting for them at their destination. After narrowly surviving this attempt on their lives, and an unexpected (as well as brutal) battle with a troll, the Rat Queens have to figure out who wants to kill them and why. This mystery drives the story and as the unidentified forces opposing the Rat Queens coalesce, readers will be rewarded with an epic showdown.

A fun and novel take on a classic genre, Rat Queens is a brutal romp through a world fantasy readers will find instantly recognizable. Populated with a crew of tough-as-nails, diverse women and driven by excellent storytelling and gorgeous art, Rat Queens: Sass and Sorcery is a story that should not be missed.

VOYA (Voices of Youth Advocates) holds a teen poetry contest every year and MCPL is participating for the 2016 contest. 3 winners from our library, selected by a panel of judges, will be submitted to the National VOYA competition. Winners of the National competition will be published in the April 2017 issue of VOYA and will recieve a cash prize!

Here's how to submit a poem!

-Poems may be up to 30 lines on any topic

-Poems must be Word documents

-Include your FULL name, age, and town

-Email as an attachment to bfyolek [at] mcpl.info before Wednesday, Nov 30th

-Winning poets will be contacted by Friday, Dec 30th and submitted to the National VOYA competition

Monday–Thursday:
3–9 PM
Friday:
3–6 PM
Saturday–Sunday:
Noon–6 PM
The Ground Floor is for ages 12–19, but is open to all ages on the second Sunday of every month.