I can still remember the first time I saw Gene Wilder in a film.  He was playing a mousey accountant by the name of Leo Bloom who, while going over the books of once-famous Broadway Producer Max Bialystock makes the casual observation that it would be possible, though dishonest, to make more money with a Broadway flop than a successful production.  The film was “The Producers,” and the rest they say is history and Gene Wilder screamed his way into being one of my favorite comedic actors as Zero Mostel stood over him while he lay on the floor in a panic screaming, “Don’t Jump on me. Don’t Jump on me.”

Gene went on to star in many well-known comedies: Blazing Saddles, Young Frankenstein, Stir Crazy, Silver Streak and many others.  His role as candy maker Willy Wonka in Willy Wonka and the Chocolate Factory will likely never be forgotten. The library owns a number of Gene Wilder’s Films and books. You did know he was also a writer, didn't you?  The link below will create a list of items to choose from.   He will be missed.

The Films and Book of Gene Wilder 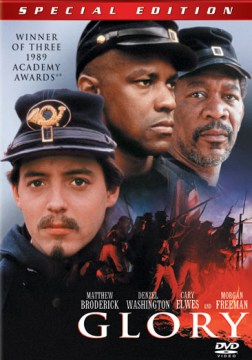 January 14, 2016 marked the passing of Alan Rickman.  Rickman was best known in recent years as  Severus Snape in the Harry Potter Movies.  One of his earliest roles to command attention was that of the villain Hans Gruber in the first Die Hard. You might also remember him as Alexander Dane in Galaxy Quest, the classically trained actor resigned to be forever remembered for playing an alien in a television series.     Like his Galaxy Quest character Alan Rickman was a classically trained actor who was equally at home on stage as he was on screen, though he preferred the stage and often passed up choice movie roles to appear on stage.

The link below will provide a list of films and other materials featuring Alan Rickman.

On January 10th of this year we lost one of the most the most innovative musical performers of the late 1960’s on: David Bowie.  David Bowie managed to re-invent his stage persona and musical style to fit the times and keep himself relevant.  Bowie was not just a talented musician and singer.  He was also a talented actor and he starred in a number memorable and now classic films.  In his first major role his acting ability and unique looks brought the alien character of Thomas Jerome Newton to a life in The Man Who Fell to Earth.  And few who have seen the film Labyrinth can forget him as the King of the Goblins in his M.C. Escher inspired castle.

Below I have provided a link which will bring up a list of Monroe County Public library’s holdings wish feature the music, writing or acting talent of David Bowie.  Mr. Bowie, you will be missed. 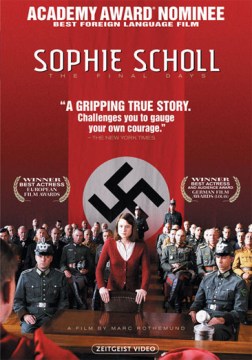 While I was growing up in the 60’s and 70’s I learned in my history classes about the horrors of what happened in Germany during WWII.  However in these classes the German people were painted with broad sweeping strokes of black as supporters of the Nazi movement and Hitler.  I never learned of people such as Oskar Schindler, the German industrialist who managed to save the lives of so many of the Jewish people.  Nor had I heard of groups, such as “The Swing Kids,” “The Edelweiss Pirates,” “The Solf Circle,” and “The Kreisau Circle.”  All of these were groups of German Nationals who were either vocal opponents of the Nazi doctrine or actively fought against them as part of the underground resistance in Germany.  In fact there were a lot more “subversive groups” in Germany than I was aware existed.  Another group I had never heard of was one founded by Hans Scholl and his sister Sophie known as “The White Rose.” Read more about Sophie Scholl: The Final Days 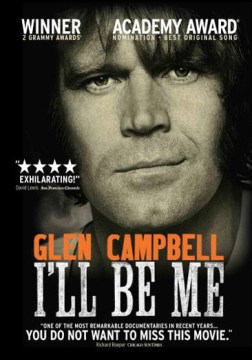 The sound of a projector is heard as an old 8mm home movie is projected on to a screen.  They show a young father playing with his children, making faces at the camera, laughing and enjoying his life.  The camera pulls back behind an older couple watching the film from their couch.  Then a close up. The older man is biting his upper lip then asks, “Who is that?”  “That’s you honey” comes the reply. A pause then, “Oh, there I am.”  And he laughs.  Another pause, “Who’s that with me?”  “That’s your daughter.  Your first daughter Debbie.”  And so begins this 2014 documentary on the life of Glen Campbell, now in his 70’s, struggling with Alzheimer’s and preparing to go on one last farewell tour.  Read more about Glen Campbell: I’ll Be Me.