In 1816, The General Assembly passed " An Act for the Incorporation of Public Libraries," which provided that any village, town or county that raised $100.00 could assemble for the election of a board and incorporate into a public library. A solid financial base of $386.00 for a public library was raised by the first sale of public land. (An earlier act which was a part of State Constitution provided that 10% of the sale of town lots be laid for the use of a public library.) This money was used to purchase the first books for the proposed library. These books were initially housed in a room of the courthouse where the first library was established in 1820. The first scheduled board meeting occurred on March 31 of that year.

By 1830, the library collection had grown to 800 books selected by a committee composed of board mem 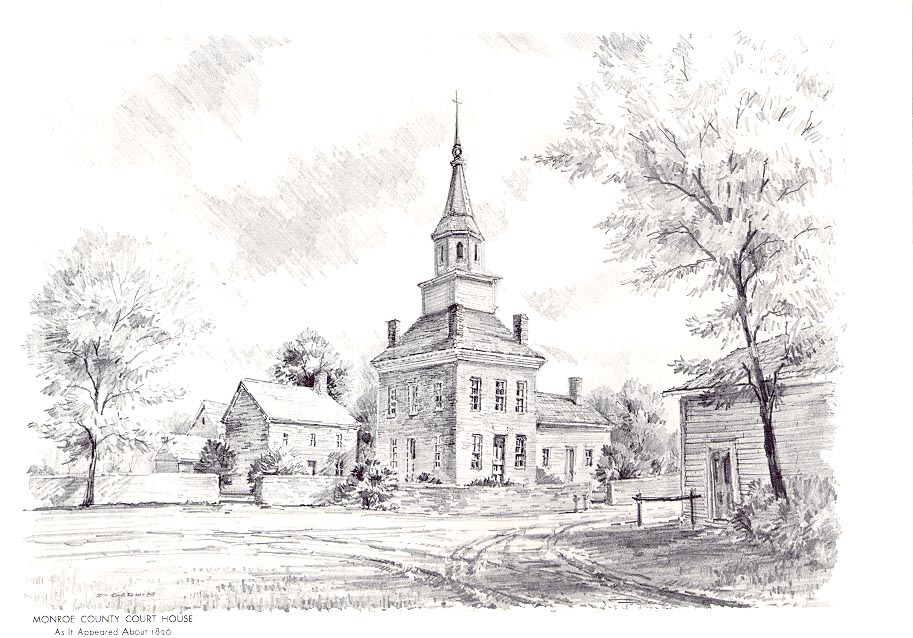 bers who sought to maintain a balanced perspective in their choice of materials. Cataloging did not follow a standard classification scheme (i.e. Dewey Decimal Classification System), and librarians often took books for their personal use. This practice caused problems when the librarian's term of office expired and materials were not returned.

In 1830, the library served approximately thirty families with a combined population of 140. The library was open from 11:00 a.m. to 2:00 p.m. every Saturday. (A decade later, the Saturday hours would be extended from 9:00 a.m. to 4:00 pm.) While books could be borrowed for a month (with a 6.5 cents a day penalty for overdue material), it was not a " free public library." Use was restricted to qualified voters only. The library had been established for nearly 30 years when a provision was made to allow women and children to use the library, and then only on a schedule separate from its male patrons.